Ashley Chase and the Riot B

Somewhere in the UK

Image linked due to size issues.

Ashley is entirely human, but abuses combat stimulants in combat. Reflex and reaction time boosters. Side effects make her highly irritable and incredibly twitchy for a couple of hours after combat. (Will elaborate more on what they do soon, just establishing this as a thing for now).

She's fairly insular, forcing herself into a routine and reacting badly to any attempt to push her out of it or change her schedule without warning - 24hrs notice at minimum, but she'll make an exception for combat and take her anger out at whoever dared to interrupt her life with incoming fire.

Ashley was born and raised in the UK, brought up on stories of the old Terra Sentinel and mech combat. She did her best to follow in their footsteps, but flunked out of the Directorate military post-training due to discipline issues. A year or so after that was spent drifting between security roles and PMCs, and she came to be working for a small unit in munich during new year's day on OE-100.

Ignoring her orders to fall back and protect company property, she tossed her Randgrith right into the fray against the DAMONs to try and protect as many civilians as she could. While her machine was in ruins by the end (alongside any hope of remaining with her former employers), she'd attracted the attention of a certain Institute. She was offered a job as a "Testing assistant", and retained on hand to assist in controlled DAMON summonings while beating down any that tried to escape or lasted longer than planned. The Riot-B was eventually given to her as part of this role, its blades specifically designed to tear through the D-Fault barriers stronger DAMONs were beginning to use.

Her current assignment is guarding a new DEI carrier, but that is subject to change depending on circumstances.

Combat Style: Hyperaggressive. She'll hit first, hit hard, and won't stop hitting until her target is paste. While she'll use her fists outside of the mech, in mechanised combat the twin blades on the riot B see an awful lot of work.
Strengths: She's fast - her reflexes and reaction time are far above human average, and with how up-close she fights the first time an opening is made she'll stick a blade in it. She's wrecked enough machines to know which parts they can live without and which hold it all together, allowing her to take out a mass-production mech far more easily than most would expect.
Weaknesses: She can't handle ranged combat. Her machine isn't specced for long-range, but even if she's given a sniping mech she'll charge into close range and unload it point blank. The drugs she uses in combat only lost so long as well (Actual duration unknown, varies depending on dosage and conditions). 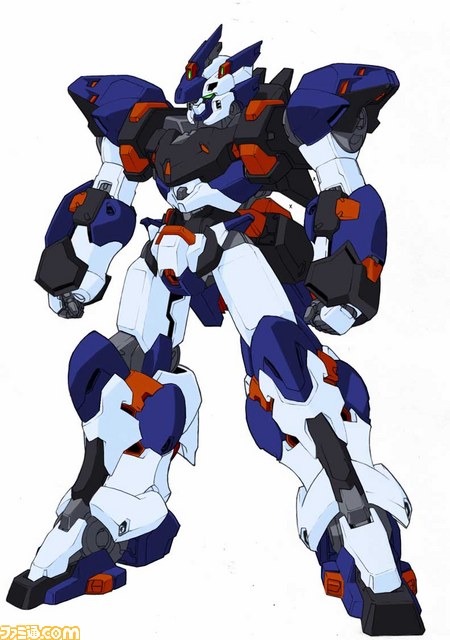 The Riot B is one of DEI's innovations in anti-DAMON mobile weapons. It's power source is a highly unstable proton engine that functions by [Redacted for security reasons]. The twin beam sabers are optimised for breaching D-Fault barriers,

Video of the Riot-B in action.

Somewhere in the UK

Name: Dylan Couch
Age:47
Gender:Male
Height:5'7
Weight: 63kg
Eye Colour: Blue/Teal
Hair Colour: See image
Ethnicity: Caucasian (White American)
Appearance: Image linked due to size.
Other Information: Psychodriver with machine empathy.
Likes: He's a simple man when it comes to what he wants - Peace and quiet, a well-stocked lab, and free reign to indulge himself. Whatever comes out will be highly effective, but whether or not it fits the requirements is often down to luck.
Dislikes: Professional oversight. Skeptics. Micromanagement.
Hobbies: Explosives. No, really.

Dylan Couch is the poster child for mad science, a profoundly irresponsible physicist and engineer. Born and raised as an american citizen, who jumped ship to the private industry after spending some time lecturing and writing papers on theoretical applications of DEC. He was picked up by the DEI, putting his previously theoretical knowledge into practice with the D-cannon and assisting in the creation of the MARV soley so he could mount his 'baby' on a weapon.

Dr.Couch practically forced himself onto the MARV's team, a combination of his skill at handling any quirks the weapon sprouted and his constant refusal to allow others to even *touch* the device without him being present to oversee them. Most of D-cannon's firing systems are automated anyway, so his role is more engineering than anything in combat - ensuring every part of the rover is functioning, and repairing or jury-rigging damaged pieces to ensure it functions long enough for victory.

Recently he's been pushing himself to design something new. Something... bigger. While most designs start as simply a cannon, they almost always spiral off into some absurd carrier or similar vehicle. Only one thing is certain: He has yet to create his magnum opus, and you'd have to be a fool to try and stop him.

Combat Style: N/A. The closest this guy gets to fighting is making sure the D-Cannon doesn't explode after each shot.

Skilled at idiot herding and subscribes to the bright school of discipline. Born in the L1 cluster, and only migrated to the surface post-adulthood. She has some degree of advanced awareness, but is not technically counted as a psychodriver due to the low power of this ability.

Ex-colony, space exploration, signed on when DEI were originally planning to explore mars and stuck with the MARV even after its purpose was changed.

Katri was born and raised in space, her family among those who originally tried to start over in the new colonies. She experienced the overcrowding firsthand, volunteering in a variety of construction and aid projects in her teenage years to try and alleviate this before casting her gaze outward. Where the colonies had proven lacking, perhaps other planets held the answer.

Her move to earth was to a DEI-funded project for prospective mars exploration - a five-man sealed rover for mapping the surface and identifying areas of interest. After a period of training and testing she was assigned to captain the vehicle, with the rest of the crew yet to be assigned. 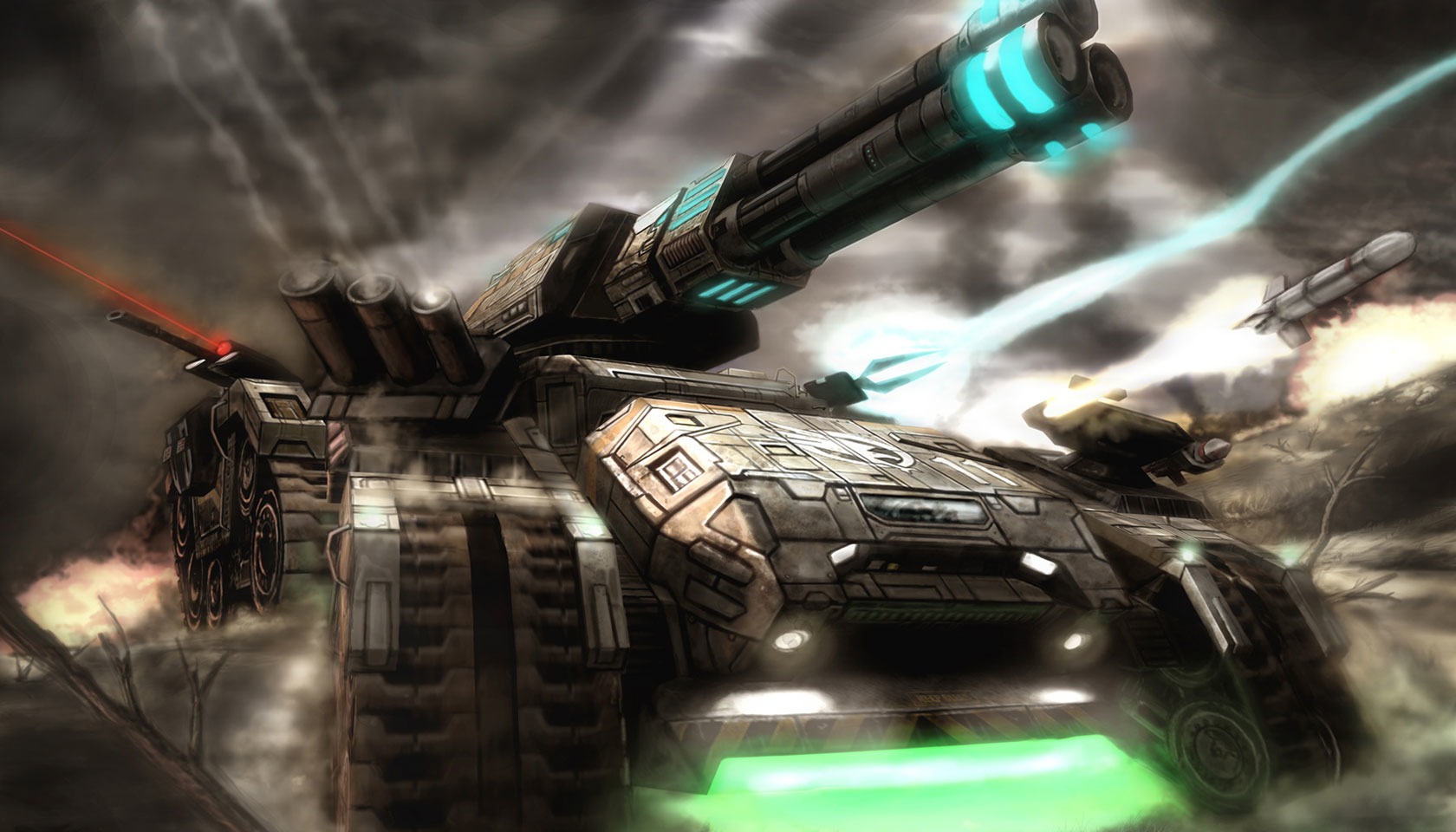 The MARV is the final word in exploration of alien planets and environments. The largest vehicle of its type ever constructed, it has space for up to five crew members and hangar storage for 3-5 Mobile Weapons depending on size. The entire machine can be vacuum sealed at short notice, allowing it to function in air-free or toxic environments, and even underwater for long periods if required. It's original purpose is to examine and record data on unknown environments, but the weapon systems installed also allow it to put up a good fight against any discovered threat.

The D-cannon is a repurposed sonic weapon, firing a concentrated blast of dimensional energy at the target. Anything unfortunate enough to be hit is encased within a highly unstable crystalline formation, which detonates almost immediately after it finishes hardening.

The four hardpoints on the MARV are generally fitted with a pair of heavy machine guns on the front and two twin missile launchers on the back, but this is by far the only loadout designed for them. Currently developed weapon mounts include:

The hardpoints can also be repurposed for research material storage or other devices required for non-combat purposes. However any and all MARV refits require extensive time in Jeddah or assistance from non-DEI personnel. Do not attempt hardpoint repurposing without supervision from DEI technicians or AIs.

The MARV's inside is divided into Six areas - Five in the lower level of the vehicle, and a sixth in the turret. [Full images will come later if needed.]

The front of the MARV is reserved for the reactor, and currently contains a Dimensional Energy reactor. The underside of the front plating is exposed to the ground (unless sealed), and can be used to retrieve samples from the surface or as an emergency evacuation route in case of catastrophic damage to the rover.

The centre of the MARV, directly below the turret, contains all machinery vital to control over the rover and its various systems. It's also the only transit area of the rover, allowing for easy lockdown in case of a hull breach or problem on board.

More of an observation platform than a room, most of the internal space is taken up by the D-cannon. It can be manually aimed and fired from here if necessary, but that is only required if the bridge is inaccessible or disabled.

Port side. Suitable for five people comfortably, can fit more if needed.

Starboard side. Designed to be modular in the same fashion as the reactor. Split into several sub-bays that can be sealed off, and designed to allow the crew to perform whatever tests are required on collected samples. Also contains an additional exit for the purpose of moving samples too hazardous to be brought through the bridge area.

At the back of the MARV. Contains space to store up to five Mobile Weapons. Currently stores two Cornix units and one custom machine*, but could store two others if circumstances demanded it.