Nick Mallor and the Valsion

Biography:
At the age of 14 Nick would see his grandfather be dragged off by Terra Sentinel personnel never to be seen again. Although there was never an official statement, everyone in the family knew why, the old man had supplied the underground resistance movement with funding, he had done so for nearly 60 years after all.
His grandfather who he looked up to being taken away had left an impact on the teenager and it caused him to decide to take a more direct method of helping the independence movement.

He would enlist into a military academy at 18 years old to get the piloting training he needed and while his abilities in a personal trooper proved above average in most regards, he was terrible at dodging attacks and still is, he truly excelled in using larger machines with more built-in defenses.
Halfway through the last year he would drop out of the training academy and use his grandfather’s connections to get in contact with the underground resistance and join them as a pilot.

Over the next decade he would be a pilot for the rebels, mainly operating with a heavily plated custom Lion. Of course the Directory was eager to fight back until the Sundering began, then they suddenly had somewhere else to be. The Great Circle saving L4 was truly a miracle and suddenly the tides seemed to have turned. Things became even better as Nick was presented with the Valsion to pilot, turns out that his explosive fighting style relying on armor was perfectly suited for the beacon of rebellion.

Combat Style: Decisive
Strengths: Immense fire power and strong defenses are the obvious strengths of the Valsion but the thruster on its back also allows for surprisingly quick forward mobility.
Weaknesses: The Valsion has two main weaknesses, the fact that all weapons except the very energy intense Mega Graviton Wave can only aim forward and a tendency to overheat as the now more than 80-year-old mech was not intended to handle this kind of output. 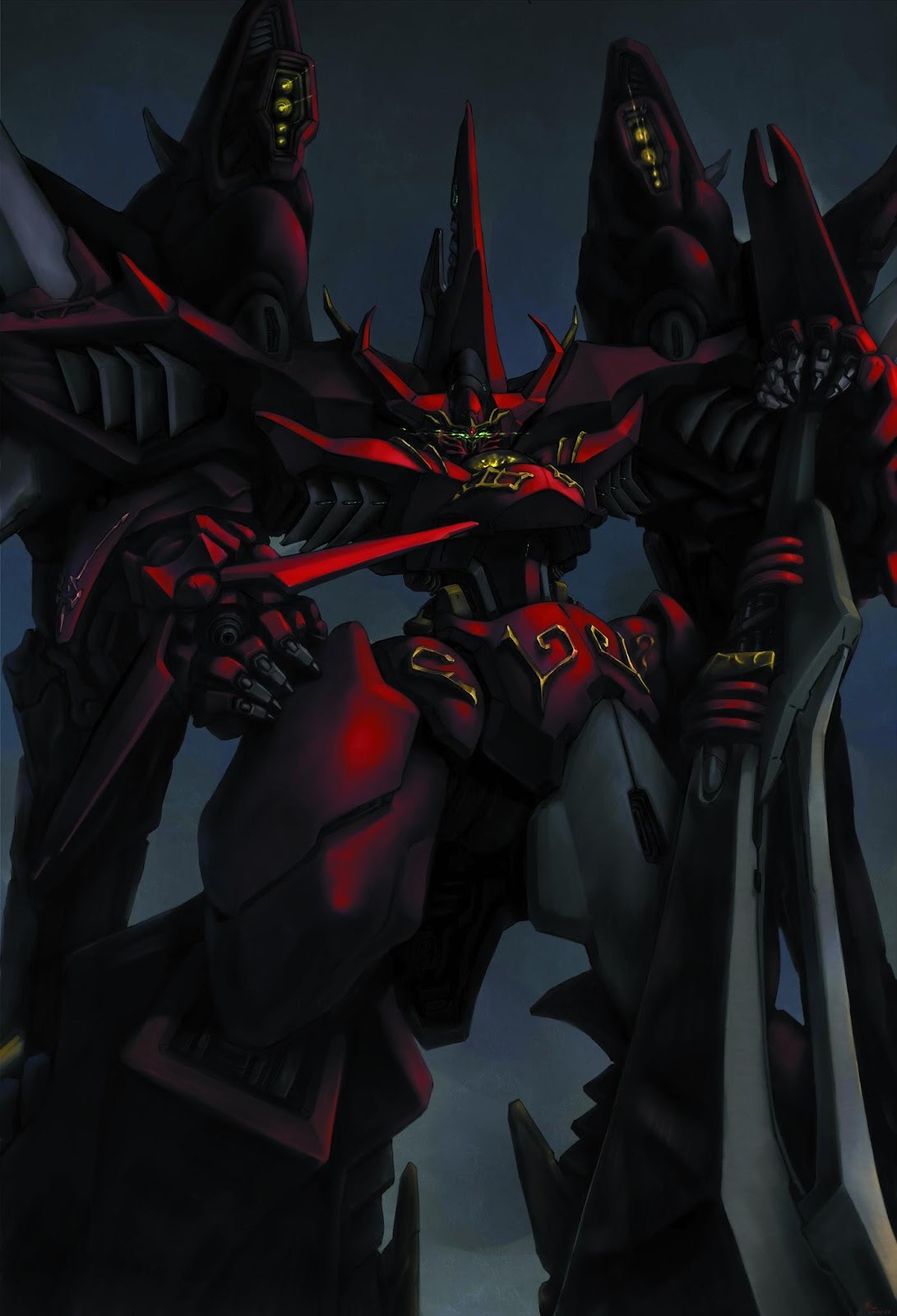 History:
Created in response to the Vanishing Trooper incident the Valsion was to be both a countermeasure against any such incidents and as a beacon of hope for the colonies. But none of this was to be as in its first deployment it faced near total destruction by the overwhelming Directory forces.
The Directory would seize the nearly destroyed machine and dumped it in a storage facility on L2 and kept tightly under the eyes of the Directory. In 102 OE it would be retaken as the Directory retreated to L1.
Immediately the beacon would be upgraded to modern standards. The-80-year old specs, while impressive for the time paled in comparison to most modern ace units.
It served as a test of human and alien tech integration, the Gravicon system being a result of this merge.

Love it! One quick note:

The combat style is more a description of the pilot’s methodology, as their machine may change over time. I’ll update the temple to better clarify.