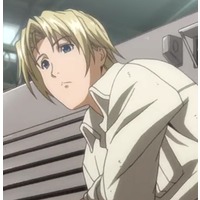 Biography: Born of a Japanese father and an American mother, Pierce grew up with giant robots. His father, a R&D lead at one of Japan's major giant robot development labs, Dyna Labs, always humored his son with pictures of his declassified prototypes. Of course his son loved it. In order to keep Pierce's grades in school up, his parents made a deal with him that as long as he got straight-A's, he would go to his father's work at the end of each semester and look at all the prototype mechas that were currently being tested. Of course, because of this, he became good friends with his father's coworkers. His grades never fell and he always went to see all of the mechas he thought were cool. Because of his childhood, he wanted to become a test pilot for his father's job.
His mid-to-late teens were occupied with boring classes and tough training as he was trying to get all the knowledge he needed to become a test pilot. Ninth grade came and went. Tenth, even quicker. Eleventh grade was slow as he was just starting a specialized course for what he was wanting to do for work. This was around the time when his father began working on the Dynamic General Guardian project. A project that he and his son geeked out over every night after school and work. His final year of highschool came and halfway through his final year, he piloted his first mecha. It was a simple Axio dubbed the "Axio Tester" used for small melee combat tests with the prototypes developed at the lab. It further boosted his desire for piloting.
Once he graduated from his highschool, he began working full time as a pilot for the lab, mainly using the Axio Tester against the prototypes with more skilled test pilots. He did soon learn melee skills and could stand up against the pilots thanks to a specific pilot tutoring him in his free time between getting beaten up by prototypes. Pierce, after two years, became an official test pilot cleared to pilot prototypes. A few months after, he was given his first mecha to test pilot. The mecha was soon refined and redesigned to create the Grungust Type 03. He knew he would probably have to part with it, but he would savor his time testing it. His time as a test pilot was short lived, however, when Dimensional Beasts attacked the lab out of seemingly nowhere. During a combat test to try out the new blade dubbed the "Zankantou", Dimensional Beasts attacked the training field. It seemed to be just a random attack against the training field, but it quickly escalated to the city as well, causing the public to see the Grungust in action protecting the city as best it could. Pierce fought as hard as he could before he suffered a minor part failure caused by catching a charging Dimensional Beast with a damaged left arm. The damage was caused by a surprise attack and bite of another Dimensional Beast. In catching the charge, though, he protected a building still being evacuated. From then, Pierce was the resident defender of the city and Grungust was always thought of when Dyna Labs were ever mentioned. 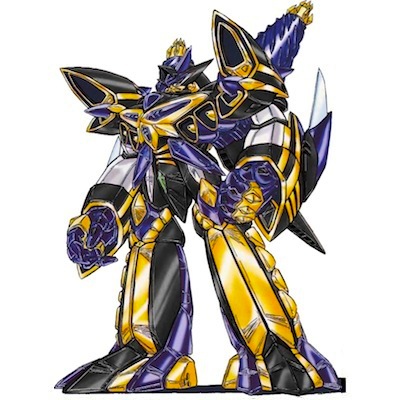 Combat Style: Aggressive
Strengths: Fast Decisions, Quick Reflexes
Weaknesses: Quick to rush into things, Decisions may not be smart ones, Sometimes too sarcastic in serious situations