Biography: Via was born on a strange colony orbiting Jupiter called Phosphoro, a half research colony specializing in energy development, half civilian colony. Via moved to Earth when she was 10 because her father, a somewhat well renowned scientist in the field of energies, was called to work for a terrestrial company looking for fresh ideas. The already eccentric Via was then molded by the quirks of Japanese culture, specifically the idol music scene.

In school, Via met a girl named Momoka. Momoka was rather shy to start, but Via’s strange energy drew the girl out of her shell. As they grew up together, the two girls learned they had quite a bit in common - namely an adoration for Japanese idols. Via believed that by being an idol, she could bring joy and peace to the people of the galaxy; Momoka heartily agreed with Via’s ideals, and, once in high school, started a school idol group with Via. Somehow, these girls were noticed by Solomon, a producer who coincidentally held the same views as Via.

Of Stardust's girls, Via is the most into being an idol. Because of her drive, performance, and attitude, Via was designated as the center of the group.

Biography: Via's best friend since moving to Earth. Momoka shares Via's passion for music; she was the one who came up with the idea of starting Stardust. Momoka buys into Via's ideals, though she tries to reel in Via's more extreme tendencies.

Momoka is a timid girl trying to come out of her shell. She gets excited over very small and simple things: sunrises, finding loose change, petting stray cats, and other mundane things. The other girls in Stardust consider Momoka the unofficial leader, even though Via is the center.

Biography: The daughter of two well known scientists in the area of energy research, Amelie is quite the genius herself. She graduated high school when she was 13, and has been aiding her parents with their research since then. Amelie's father was well acquainted with Via's father before he came to Earth, but has since become fast friends with him; consequently, Via and Amelie often saw each other and became friends as well.

Despite her intellect, Amelie is still a child; she enjoys doing most things young girls like to do. Amelie joined Stardust because she wanted to wear pretty outfits.

Biography: A friend of Stardust's producer, Solomon, Sena initially joined the group as a favor. After some time, however, the other girls grew on her, and the cute outfits were nicer than she expected. Although she has trouble connecting with the younger girls, they look up to her as a “team mom” of sorts.

Sena is an ex mercenary Outsider; She met Solomon while he was still active in his own PMC. Sena left looking for more stable work, and Solomon was happy to oblige. As the idol with the most PT experience, Sena helps train the others on how to use and maintain their machines.

Biography: Via's neighbor. Shizue graduated from Momoko and Via's high school and became an author. Shizue joined Stardust for writing inspiration, but she enjoys idol work and performing with the other girls.

Shizue is very full of energy despite her slow, lethargic personality. When it comes time to perform, nobody is more ready than Shizue. Dancing is Shizue's specialty, but she also helps to write songs.

Other Information: Solomon has several cybernetic parts in his body due in part either to battle damage or better efficiency

Biography: Solomon is a very enigmatic yet amiable man. Born relatively poor in the L2 colonies, Solomon and “work” became close acquaintances. Solomon would work to pay not only for himself, but for his family; no matter the work he put himself through, Solomon always made time to pay his family. When Solomon was 20, he became interested in a group of mercenaries that had set up a base of operations in a nearby colony. Intrigued at the opportunity to see more of the solar system than his home colony, Solomon joined up.

Although the pay was more sporadic, it was more than enough to sustain him and his family. While in the mercenary business, Solomon’s cordial and hard working attitude allowed him to make connections in many related, and unrelated, trades. After years of service, Solomon felt that he had grueled his life away long enough, and moved to live on Earth; his family had since become more stable with his help.

While a mercenary, Solomon had seen the grim reality of the current age’s conflicts; he longed for a time when force wouldn’t be necessary, and all things could be reasoned out. When Solomon came to Earth, he happened upon a strange girl who believed in a similar future. Her name was Via, and she wished to become an idol that could spread peace across the galaxy. Having found a compatriot, Solomon set out to make their shared dream a reality.

Other Information: Her eyes, horns, hair, and scales change color in response to various stimuli.

Biography: Very little personal information has been discovered about Kirya. Even her name is simply extrapolated on what could be understood from questioning. For the sake of posterity and publicity purposes, the DAMON-human hybrid is officially classified as an Outsider; as such she is currently going through a modified version of the standard Outsider naturalization process.

Much of Kirya's body consists of DEC and other materials that standard DAMON are composed of. This makes studying her physically as difficult as it is rewarding for DEI's research. While ultimately a novelty at best, Kirya shares an affinity for DEC much like her fully fledged counterparts; she can manipulate minute amounts of dimensional energy, the effect of which is most compatible Stardust's famous DEC medium.

If anything is known of Kirya's personal life, it can be safely said that she is a very big fan of Stardust. Anything involving the group fascinates her, she knows every one of their songs, and she is very receptive to the members themselves and even their manager.
Last edited: Apr 19, 2020
K 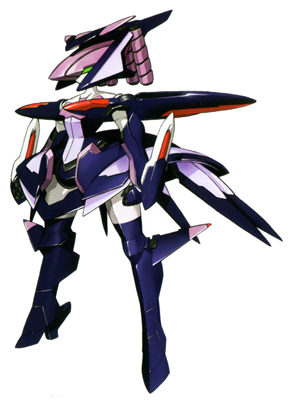 History: Originally developed to fill the need for small, efficient, and cost effective mobile weapons during a time when materials were especially scarce, the Fairlion ultimately flopped. Despite their high speed and maneuverability, their overall fighting capability was lacking. As such only a handful were produced. While the Fairlions were sitting waiting to be broken down, their elegant figures caught the eye of a collector; thus, the fairlions sat once more until Solomon would purchase 5 of the units from the collector, coincidentally an old acquaintance of Solomon.

After acquiring the Fairlions, Solomon had them retrofitted with a direct motion link system and decorated with several cosmetic armor pieces. After some time, Solomon and Stardust were approached by the DEI to test a new audio system that sends sound through dimensions; the “Sound Blink Speakers” are able to transmit sound into any capable system or atmosphere, though the range is somewhat limited. The dimensional sound waves are able to resonate with dimensional crystals, however, in order to increase both their range and effectiveness; a cloud of fine crystals or singular large crystals are recommended for optimal results. The intended use of this new technology is primarily civil.

Crystal dispensing units were mounted to the Fairlions’ heads in the form of hair-like modules.

History: After Stardust had grown substantially famous, and their unique mobile weapons gained recognition, Solomon saw a need to freshen things up. Contacting an old friend of his from his mercenary days, Solomon had Via’s Fairlion upgraded to a grandiose, gaudy, and magnificent mobile weapon that the creator would dub “Faecried”. The Faecried was created just before Stardust’s biggest live event yet, and was a tremendous hit with the fans when it was unveiled.

The Faecried has largely the same ability as its base Fairlion counterparts despite its increased size. It retains the Fairlion’s Vostok lasers and assault blades, but also has 2 pairs of hook like appendages that spring from its back; these hooks are connected to a “Sound Blink Speaker” system that, when the hooks make contact with an enemy unit, restrict movement and blast the idols’ dimensional sound and energy into the unit’s systems to damage them.
Last edited: Apr 11, 2020
Likes: Tackle Jackie